Now running narrower, stronger, and quieter than before.

If you're building up your new dream machine to run on any of SRAM's new 11-speed drivetrains, don't just scrounge up a chain from your garage to throw on your bike. Make sure your shifting stays smooth and precise within your new, wider gear range with the SRAM PC-Red 22 Chain, developed specifically for SRAM's new 11-speed drivetrains. In addition to being burly enough to handle more acute angles from bigger 11-speed cassettes and chainrings, the PC-Red 22 is impressively light, with hollow link pins and a lean, narrowed shape, and it comes with SRAM's PowerLube grease to keep things running smoothly for miles.

SRAM keeps installation pretty straightforward with the PC-Red 22, including a strong, durable PowerLock connecting link that you can set up tool-free. Please note that installing the PowerLock link tool-free can only be done once, so if you end up having to break a chain later on for maintenance, you'll need to grab an entirely new PowerLock link before you can set your chain back up.

This is Sram’s top of the line race chain and for good reason, light weight and smooth. Hollow pines and matches perfectly with Force 1 GXP Crankset. Great power transfer. Great price too.

Great chain for a great grupo

Really loving the SRAM etap HRD and the red 22 chain is another phenomenally engineered, lightweight, durable piece of equipment from SRAM.

I was running DA chain when I first installed Red 22 group and noticed there was a clicking noise on every revolution of the chain. I checked the quick connect link which was fine and there were no tight links so I purchased the Red chain installed it and no more clicking. As far as durability goes I am sure it will compete with DA and Campy NP as I have a Red chain on my CX which has 3500km on it now with no issues yet.

My go-to chain. Used red 10sp chains for years, no problems and LIGHT. My red group shifts perfectly with these chains. Switched too 11sp a year ago and the new 11sp chain is just as flawless. I get 2-3k miles on a chain, about the same as the 10 sp version. I also run this chain on my 11 spShimano 105 equipped commuter bike, works well there too.

My husband and I both got this chain as part of the SRAM Red eTap Road GXP Groupset. This review is for the entire group.

Hubby says: I purchased two SRAM Etap groups to upgrade both my wife’s and my road bikes. Both bikes had relatively old drivetrains (hers 10+ year old Ultegra and me 15 year old Campy Record) so we figured it was definitely time for an upgrade and because our bikes have S&S couplers the wireless aspect of Etap made a lot of sense for breaking down the bikes for travel.

Installation: Etap was far easier to install than any other build I have done. After removing all the old parts and degreasing the frame and giving it a good scrub, I had everything installed in about an hour and a half, the most time consuming part being the brakes. SRAM has some excellent YouTube videos explaining how to install the parts and after viewing them a couple times, it was pretty straightforward. One thing to watch out for is the braze-on adapter. We have titanium bikes which require this adapter and I tried using the Shimano one that was on my wife’s bike from her previous group. With this adapter, adjusting the front derailleur was impossible, but once I switched to the SRAM adapter everything worked normally. I know, it’s probably obvious but I just figured there was some cross compatibility between SRAM and Shimano but it appears that’s not the case. Minus points for the braze-on adapter being a separate component that we needed to buy to complete the install.

Adjustment: this part was surprisingly easy, especially compared to mechanical groups I have worked with in the past. SRAM’s video instruction was clear and concise and the front derailleur has little marks on it showing where it needed to be mounted in reference to the large chainring. The rear derailleur was equally easy as well, just use the micro-adjustment buttons on the shifters to line it up with the large and small cogs of the cassette respectively. Once that was done, I fine tuned the adjustment by putting the bike on the trainer and riding it, adjusting as needed with the micro-adjustment buttons on the shifters while shifting into every gear.

Riding: The first ride felt like I had a brand new bike. The difference between this and my old group (granted it was pretty old) was a revelation. The first week or so of riding I was getting Strava PRs all over the place and at my age, I ain’t getting any faster so it definitely has to be the drivetrain. The new method of shifting (left shifter easier gear, right harder, both change front chainring) took a little getting used to but now that I have, I love it. Shifts are quick and concise with no delays, clicking or grinding, even under heavy pedaling load. The brakes are also nice, with good modulation and stopping power, even on carbon rims. One final point about this setup is it’s seriously quiet - almost zero noise out of this drivetrain which is one of my favorite features.

I was a bit nervous about dropping so much money on electric shifting but once I had it on the bike those nerves disappeared. The components are high quality (as is the packaging - it seems SRAM has taken a page out of Apple’s book), the installation is really easy and the performance of the group is outstanding. I highly recommend this setup for anyone wanting to upgrade their bike. 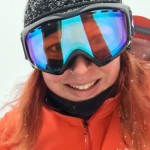 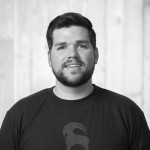 Top end lightweight chain at an affordable price. Great price, great shifting, and great performance, partner with your Sram 11 speed drivetrain and peel out and do poppa willies all over the competition. 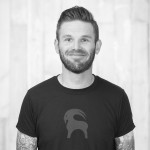 This chain is inexpensive compared to DuraAce and Ultegra chains and performs as good or better than the more expensive counterparts. It can be a bit tricky to set this chain up for the first time and I would suggest buying extra master links as you may need them. The instructions that came with the chain is poor but the instructions with the master links are OK which is another reason to buy extra links. I was able to get the chain together right the first time but screwed up lacing the Red 22 derailleur so I had to pull it apart and start new. The second time around one side of the master link set but the other side didn't so I had to pull it apart again, it was a good thing I thought ahead and bought extra links as you can only use them once. Now that I know the issues it's a breeze to replace this chain and I won't be going back to Shimano anytime soon, I love the new SRAM products they are fantastic and made in the USA which is even better.

Best bang for the buck indeed

Its a great chain for the price, quiet, smooth shifting, and easy to clean.
I only gave it a 4 star because in my opinion the KMC X11SL does exactly the same as this but more durable. But then again I have yet to find out its durability once it stops raining here in WA

Delete your review then. No point in posting a 4 star comment if you have not reivewed it properly.

You really want to give it 4 stars if you find out its not durable like the KMC.

Best Chain for the Buck!

Great chain for the money, very quiet with excellent shifting. Not the lightest but for the dough a great product. I'm running 6880 Di2 with 6800 cassette (for training 9000 for racing) with 10s Rotor Q Rings and the shifting has been fantastic.

Must have with your Red22 Drivetrain

This is the final piece to the drive train perfection that is Red 22. If you've gone Red 22 on the rest of the build, don't skimp on the chain. 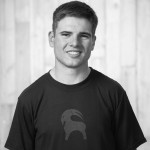