Can't wait? Consider one of the other Women's Trail Running Footwear we have in stock.

Usually when you read the words "big" and "maximum," you're met with images of over-sized drinks and food portions. However, let the HOKA ONE ONE Women's Stinson 4 ATR Trail Running Shoes redefine your idea of maximum with their plush midsoles and comfort-forward design. The Stinson is equipped with a bevy of new features, so it's still endowed with the Meta-Rocker Geometry for smooth transitions and a no-sew mesh upper for ample breathability.

The Stinson 4 ATR now features a wide flare at the forefoot and toe that provides a stable platform underfoot and is a direct reaction to the once-tippy design of HOKA ONE ONE's shoes. So don't be fooled into thinking that the Stinson is a stability shoe in the sense that it supports supination or overpronation: it is a neutral shoe that simply makes navigating varied terrain more manageable. Additionally, the Stinson is equipped with an improved fit, so it now has a wider base and more durable midsole for long and difficult trail runs.

I needed to replace my Bondi 4s, and read a good review of the Stinson ATR4. I liked the idea of a tread that would be good in the rain, and that would last longer than the tread for road shoes, even though I do mostly road running.
The toebox is wide, which I love, but the cushioning is not as thick as the Bondis. Still, wearing them around the house felt good, so I thought I'd keep them.
My first run did *not* go well. After only 2 miles, my legs and joints were sore. I found running jarring. Definitely a huge change from the Bondis. I was ready to send them back.

But before exchanging the shoes, I decided to try switching out insoles. After some trial and error, I wound up putting in a pair of unused insoles that came with an old pair of Hokas, in addition to the insoles that came with the shoe. Of course, I could only do this because the shoe was roomy enough for me, even though I got my usual 7.5.

The two pairs of insoles have turned these into the perfect running shoe. They feel thick and cushioned, and I experience no pain at all after my usual modest 4 miles--even better than the Bondis. The only concession I had to make using the extra insoles is to not wear thick socks--which works fine; my feet don't feel constricted at all.
It's worth noting that my first run with the extra insoles was a bit of a strain on my feet, because they were not used to such a squishy shoe--but by my second run there was no discomfort at all.

I think you'll love these if you've never tried Hokas before, or if you do mostly trail running or just walking. I don't know if I'd recommend them to Bondi fans or road runners, unless you want to try what I did, and get a big enough size that you can add some insoles. I may even do it again when it comes time to replace this pair.

The Stinson ATR's have the great Hoka cushioning but also great traction for trail running and hiking. The cushioning really makes long days on the trails more bearable on the joints. This new model is not as narrow as the past. 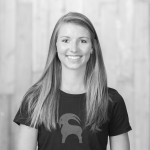 I loved my first two pairs of Hokas, but was incredibly disappointed by my third paid of Mafates because they'd been narrowed down (I assume to look more like 'normal' shoes!). These are a great compromise between the two approaches -- nice and wide in the forefoot, with a narrower, more shaped heel. Perfect! Finally, I can enjoy the cushy Hoka ride again!

I just got these for my mom who LOVES her Hokas and these are another hit! She wears them almost every morning on a hike before work, and on all of her long weekend excursions too!