When Giro set its aim at designing the groundbreaking Aether MIPS Helmet, it's goal was to create the safest road helmet it could, without making any sacrifices to weight, comfort, aerodynamics, or ventilation. In typical Giro fashion, it exceeded expectations at every objective and the Aether provides the discerning cyclist a stylish lid with absolutely zero compromises. You'll certainly notice them atop the Team BMC pros at this year's Tour, providing them with the protection they need during the chaotic sprint finishes that define the start of the 3-week race, and while plummeting down high-speed descents on exposed, narrow, hairpin roads, all the while keeping them from overheating while the sun bakes down on the French countryside.

The most revolutionary feature on the Aether is the all-new MIPS Spherical protection system. By now, we're all pretty familiar with how standard MIPS works, using a plastic liner inside the helmet to act as a slip-plane, helping to redirect the impact energy at certain angles. With MIPS Spherical, the principles are the same, however, instead of that slip plane sitting against your head, often compromising the fit and choking off much-needed ventilation, two layers of foam on the outside of the helmet slide against one another becoming the essential components allowing for the MIPS mechanics.

Fit is great as is the style. For whatever reason, my white helmet has gradually discolored to have orange streaks at all of the creases.

This is really nice helmet. Most importantly for me is the amount of ventilation it provides. Unfortunately I sweat a lot and have always had issues with sweat dripping, mucked up glasses, etc. It is truly the first helmet I have owned where I feel air flowing over my head during a ride without thinking about it. It is very comfortable and light weight. It’s the best road riding helmet I have owned in about 35 years of riding and trying different helmets. A bit on the pricey side.

The Giro Aether Spherical helmet is an excellent piece of equiment. It's comfortable, lightweight, and stylish all in one. Thank you, Competitive Cyclist, for the outstanding service and product selection.

Not comfortable for me

I have run the gamut for buying a new helmet to replace my Synthe, which started to pull out more and more of my longer hair. So, I wanted a MIPS but without the yellow discs. I also took the opportunity to try other brands along with Giro, because I've only had Giro helmets and thought others might be better for me. I was especially concerned about having enough space between the helmet and sunglasses. I did order the Aether in my first batch of orders and immediately sent it back because it didn't feel right. After trying some other helmets, I decided that maybe I made a rush decision, so I ordered it again, especially since my husband loves his Aether. Again, it just didn't feel right on me--I was very conscious that "something" was on my head.
I've finally decided on the Helios, which was in the first batch of helmets I tried, when I still felt a need to compare Giro to others. The Helios feels good, and I don't think I'll notice it when I actually ride in it.
I tried cheaper Giros, a Bell, a Lazer, and a Kask sphere. Of those I liked the fit of the Kask sphere, especially in regard to forehead space. However, I had assumed "sphere" meant no MIPS discs, but it had them, so back it went.

Had this helmet for the better part of the summer... until I crashed and dented and cracked the shell. Spoiler alert it did its job. Though itâs not the lightest helmet I have owned the safety features out perform anything. The spherical mips is no joke. I used this helmet cross county mountain biking, gravel, and road. I would highly recommend this helmet even though itâs pricey.

My head is 60cm around and I bought a large. 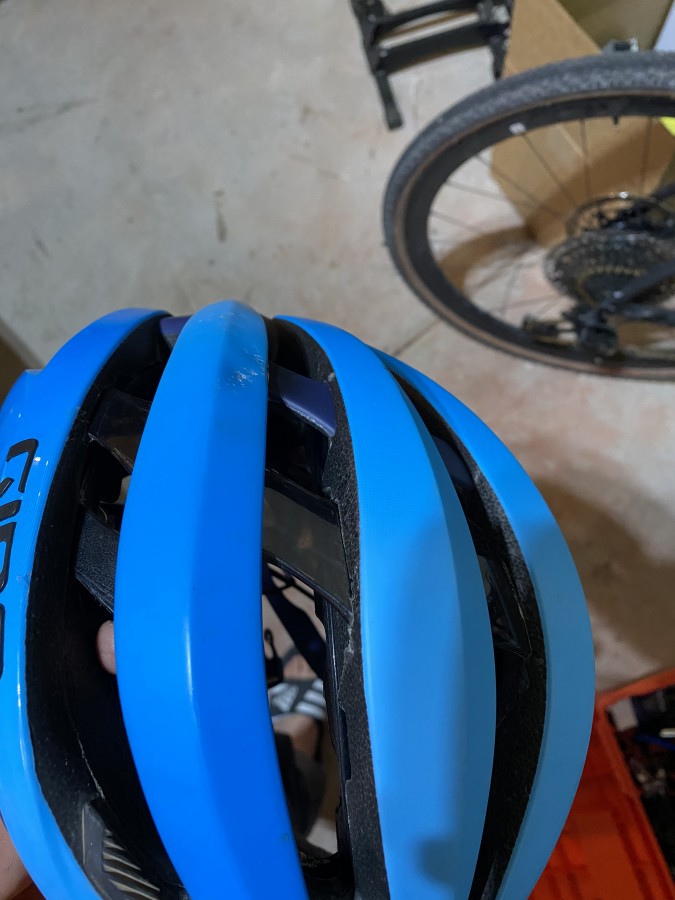 I really like this helmet. Very light and well ventilated. MIPS allows micro adjustments? Reason for 4-star rating: Because I’m a heavy sweater I’ll be curious to see how it works in the hot summer months since I just purchased my new one in the last month. I have a very large head and the more aerodynamic design of this helmet doesn’t look overly large on my head like my previous helmets.

Tim, I’m a heavy sweater too and I’m curious if you would recommend this helmet?

Thank you in advance

This helmet runs smaller than described. I have owned many helmets over my 25 years of riding. I measured as usual and it was very uncomfortable without the rear lock even tightened. I would recommend going a size up if you purchase. Hopefully it will be more comfortable for you. :)

The purpose of a helmet is to protect your head. Giro has developed a better MIPS system, in my opinion, based on their experience with ski helmets. Their MIPS system is more robust than the method used in most other MIPS helmets. My head fits more into the helmet than the Giro Synthe I've used for the past 5 years. I do think that the Synthe is a tad cooler because the Synthe MIPS system creates a space between your head and the shell that allow air to flow between your head and the shell however the Aether is fine in hot weather and provides more protection. Have you noticed what the guys on GCN are wearing??

I recently bought this for my wife. We ride around 50-60 miles a week and she hadn't updated her helmet in years so we felt like we could splurge on a new one. We are both fans of the MIPS system. She loves the matte blue color and it is pretty rad!

Her feedback: light, good ventilation, very wide in appearance but comfortable adjustment system. She has a smaller head and could have purchased the Small but went with the Medium and was happy with her choice. 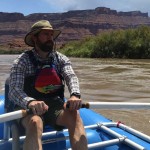 Ahhh. It just sits there. Feels "just right." And I feel comforted knowing I'm better protected by the perfect fit. Giro nailed it.

I got Matt Black Flash. Super cool. I have had multiple Giro helmets in the in the past. Love them all. This one is the most expensive but I think it is worth it. Newest helmet technology, MIPS, airflow is superb. My last Giro was Synth - the fit, weight and ventilation are great but this model is a noticeable improvement from Synth. 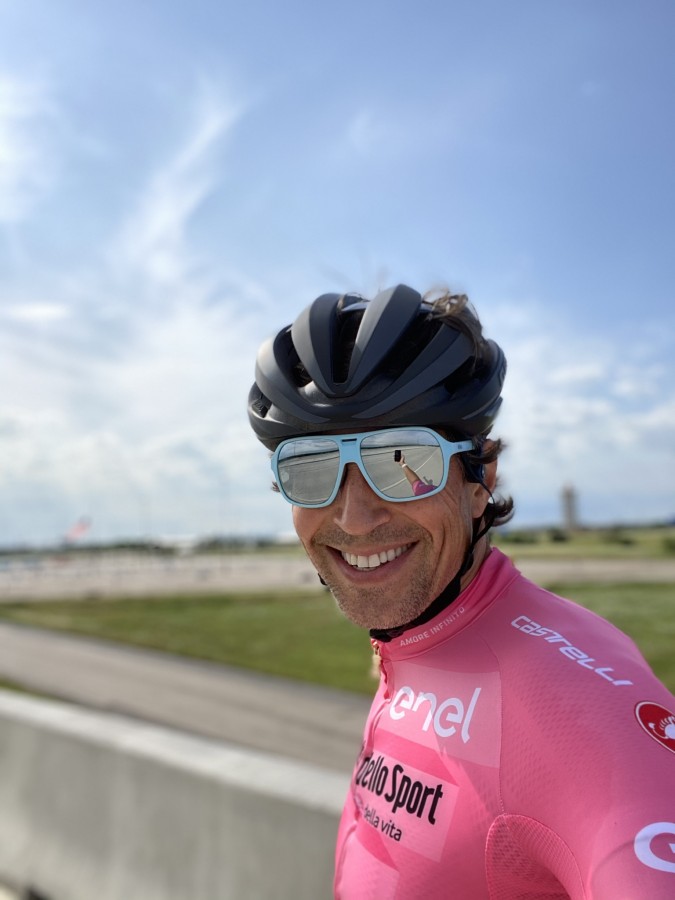 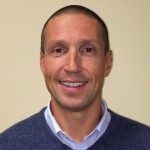 I am a long time Giro customer and have always had great experiences, including surviving a major crash that my Giro helmet was all that kept me alive. This helmet fits great, vents well and is quite light (looks great too).
My gripe is with the Roc Loc fit system. It works great...for a while bus as someone with a shaved head who uses sunscreen throughout the warm months, I have had multiple cases where the fit adjust simply breaks. The tiny hinge pin is plastic and I can only guess that the combination of sweat/salt and sunscreen reacts to weaken the plastic and poof! Fit system is a goner. Very annoying and I struggle to understand why Giro doesn’t use a more robust system - BOA maybe?

I had a similar experience with a top end Giro helmet years ago in that the retention system was grossly under designed and simply broke. Very disappointing and haven't owned a Giro helmet since.

I ordered a medium and have always fit medium helmets. The fit is probably the most comfortable helmet I've ever tried. Other reviewers say they have fit issues but I have not found that to be the case. This is a top notch helmet and excellent in all aspects. Nice forehead pad and minimal padding everywhere else which is nice. Two shell MIPS design is very cool and was the main reason I bought this helmet. Ventilation is super nice as well. Large vents on the top and the forehead even has some finer details to help with ventilation. Straps and adjustment system is also clean and comfortable. It also looks better in person that online photos as well. Super happy with my purchase and hope it never has to be used in a crash, however I'm confident this is one of the best helmets available to protect my noggin. Also the eyewear holder is a genius touch. I sweat profusely and have to take my glasses off nearly every climb to keep sweat off the lenses. I've always struggled to find a quick, easy stash location for my glasses while climbing and this feature is really nice. Glasses feel secure and won't end up falling out.

The lightest and most breathable helmet I've owned. It must be more aero than my old Giro Pneumo because wind noise is reduced significantly.

Also, the Giro Aether has a round shape, which fits my head. I had to return a couple POC helmets, because they have a more oval shape and the side to side size is too narrow, and the front to back size is too large.

The only reason why I didn't give 5 stars are a couple of nitpicks.
1) I wish Giro would switch their strap system to one similar to POC's design where the chin strap and the ear strap are separate. I find that POC's design does not loosen over time, and does not need to be re-adjusted.
2) For a helmet this expensive, I wish Giro would include a second pair of helmet pads in the box.

I prefer Giro’s more traditional fully adjustable strap system over the POC, as the POC Ventral Air Spin top straps can’t be lengthened or shortened, which creates a significant fit issue for some. I returned the Ventral Air Spin because of the strap design, it just didn’t work for me.

I guess I have a weird shaped head and I know it's right between M and L in most helmets. I'd been looking for about a year and even ordered a couple of helmets here at CS...but, alas, they went back. I ended up doing the brick and mortar route with the only requirement being that it FIT, I didn't care who or how much. Well, of course, the Giro Aether fit perfect on my malformed noggin. Didn't know how much it cost until I was at checkout. No complaints, fits, breathes and even manages to be more comfortable with my head up vs. lowered, which is a bonus.

Been riding with Giro helmets for years and always happy. My Atmos was favorite helmet ever. When it was time to upgrade the Aether was really all that seemed to make sense from Giro so selected based on past history. I ride about 500 miles per month, mostly road in very hilly area. My specific complaint is that the helmet is weighted to the front which causes it to slip forward and down unless it is tightened to the point of discomfort. I have tried adjusting and wearing different weight sweat bands and ear warmers and hats and the situation is the same across all. I will keep as a back-up but now in the market for a new "primary" helmet. I have had the helmet for about 6 months so plenty long to have a good idea of comfort and options.

I've been cycling with the Giro Synthe for years (average about 6,000 mi/yr), and have not had the problem described above. It's a very good helmet, light, fits and wears well. Is SI B reviewing the Giro helmet?

I've been using the Giro Synthe and have not had the problems described above with the Aether.

How to Measure:
For best results, use a tape measure to measure around your head where your hat would fit comfortably.