If you're trying to win a 500 race, you need a real fast race car. If you're a speed-focused ascensionist, you need the Dynafit TLT7 Perfomance Ski Boot. After all, the more quickly and efficiently you can power through the uphill, the more laps you can get in on fully charged legs. This new ski-mountaineering workhorse does just that with the newly designed Speed Nose toe and setback pivot point that allows for more natural and smooth climbing movement, so you can come at the skintrack like a spider monkey. Constructed with Dynafit's Grilamid and Titantex fiber Lamda frame, the TLT7 Performance weighs in at hair over two pounds per boot and is remarkably stiff for its climbing aptitude.

You've got the need for speed, so the updated Snowdynamic Concept contouring design reduces snow resistance at the nose and side of the boot on both the uphill and down, and it makes stepping into your tech bindings quicker than ever before. Master Step Tech Fittings feature elongated guidance grooves in the toe fittings and a stronger, internally anchored heel fitting that's suitable for DIN settings as high as 16, so all you Dynafit Beast fans can have at it without needing the Power Insert heelpiece. Removable tongues, ski/walk levers, and multiple buckles are for people with a pit crew. For the rest of us flying solo, the Ultralock 3.0 Closure System controls the lean/lock mechanism with 60-degree range of motion and cable system that tightens the entirety of the boot with one fell swoop, saving you time and fussing. Shake and bake, baby.

Winter 2018 my TLT6 boots came out of ski mode while descending resulting in a broken tailbone. Maybe skiing tongueless TLT6's on big skis caused my release issue? It surprised me, given the simple and robust appearance of the pin latch design, and no apparent damage. It's not the first boot that has come unlocked from ski mode (Garmont literiders)...I spotted a deep discount on these TLT7s after trying a smaller pair on and learning Dynafit had nothing interesting to report on my faulty TLT6s. It seemed like a stupid idea to trust the same latch system again, but maybe the carbon cuff would be more precise and reliable, and integrated tongue keep me buckled in? At the time there wasn't a boot that fit better with similar performance, and certainly not under $400. Even now, heavier AT boots are being recalled. I've only used the 7's with small skis, which I call my anti-race rando skis (158 cm by 88mm) With a one year old baby, they only have about three days of use. So far, I'm loving the TLT7 performance, and loss of weight. Like another reviewer stated, Dynafit has fine tuned several TLT6 issues like; migrating power strap & upper cuff flaps, removable tongues, etc. While the integrated tongue and one buckle cable system makes cold parking lot donning and transitions a pleasure, I often want for more forward cuff rotation as compared with my tounge-less TLT6's. - The TLT7 tongue is giving me boot bang while touring, interfering while hiking, and skinning up-hill. AT boots seem to get better each passing year. This boot isn't perfect yet, but until they release to tour mode on descent or the cable leaves me stranded they are still good enough to keep me from dusting off my 25plus pound touring Telemark setup.

Initially I was very impressed with these boots. They were light, had good performance on both up and downhill and had a pretty seamless transition from walk to ski mode. However, after 18 days the cable on the walk/ski mode frayed to the point of being useless. I had been warned of this quirk and had been told that if you were gentle when transitioning, I would avoid this issue. NOPE! I am awaiting Dynafit's response, but I have heard repairs take 6+ weeks which means that I am missing the heart of the winter (and all of my training for the Power of 4 race is shot). Will update when I hear from Dynafit. 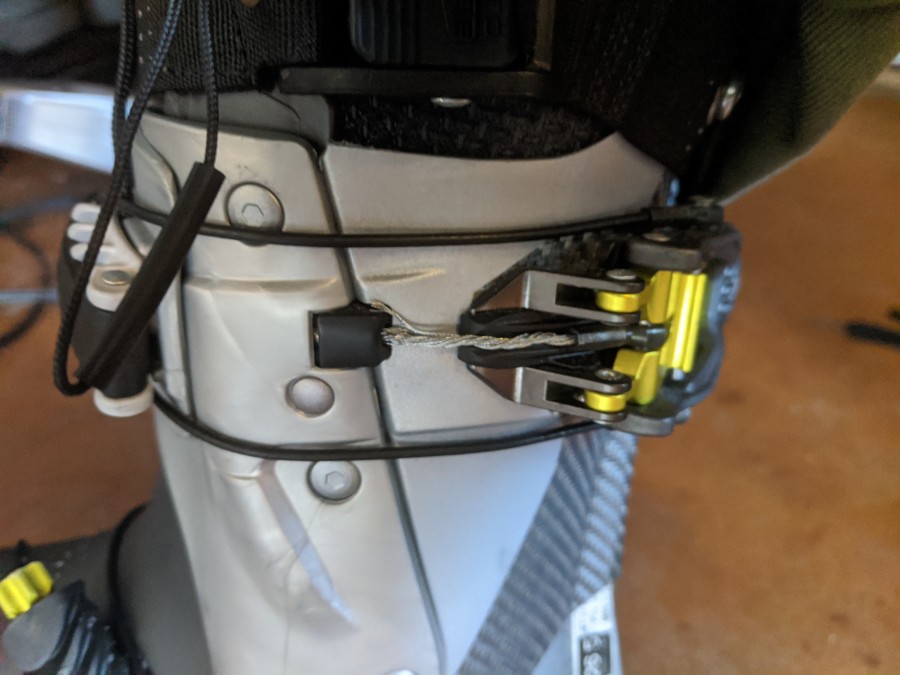 Jamie H. Did you ever hear back from Dynafit? What did you end up doing?

I don't know who these reviewers are, must be paid by Dynafit. I've actually skied on these boots, and I'm not a biased ambassador.

I broke the shell on day 8 of owning them last year, then broke the foot buckle cable on day 10. Yesterday I broke the silly "crampon adapter". Be lower buckle cable freezes up every day I ski these, and I can't adjust the buckle tighter until they thaw. The lower buckle is so fragile I'm afraid to tighten the boot enough for performance. Dynafit screwed up with this gizmo boot, lets just admit it. Garbage.

The next generation TLT

Iâve been fortunate to be a Dynafit ambassador for a couple years now and have put in too many vertical feet of climbing to count. Suffice it to say Iâve put a range of their gear through the wringer and love the safety and performance Dynafit provides.

This is the next generation TLT boot with a single buckle used for transition from walk to ski. I use these with the Carbonio 89 ski and TLT Superlite 2.0 binding for the ultimate lightweight training day. Stiff enough for aggressive skiing in challenging conditions and an almost unfair weight during the ascents, the TLT7 Performance boot is a welcome addition to my winter quiver. 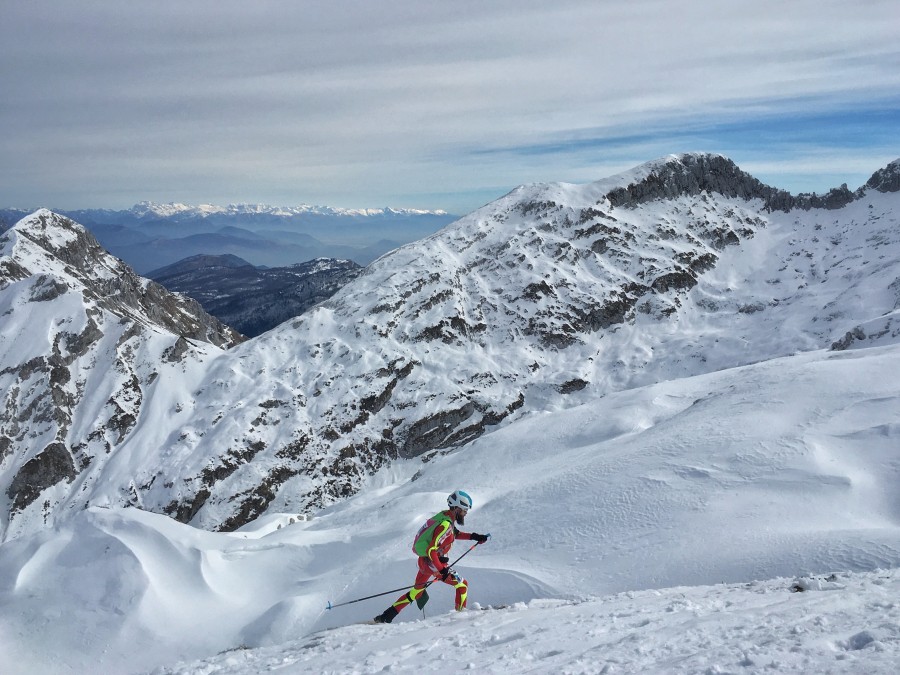 The TLT7 Performance is the most innovative ski touring boot I've ever used. The range of motion on the cuff far exceeds any other boot I've tried, even from Dynafit. The 3.0 Closure Lock system will add extra efficiency for the ski tourer or backcountry user and the micro-adjusting system allows you to tweak up the boot for extra tightness. Critical for more aggressive skiers. I found the materials, although light and thin, were durable and could be manipulated (punches) for added space if needed. The 60-degree range of motion, coupled with the boots lightness, provides an ease and smoothness of climbing that I've not experienced with other boots. This has lead me to use this boot for all my backcountry and ski mountaineering days and why I give this boot a 5-star review. Using this boot has changed my interpretation of what a "long approach" is and it keeps me in the backcountry longer. The only downside is you can't use automatic crampons with these boots, and I like automatic crampons. They feel secure, they're easy to get on and off in deep snow and cold conditions...however, I'm willing to overlook this because of how much easier these boots make long days, and how well they ski downhill for a light boot as well. I'd recommend these boots to anyone who consistently does long approaches and wants to conserve energy, bump up efficiency and do human-powered missions day after day. 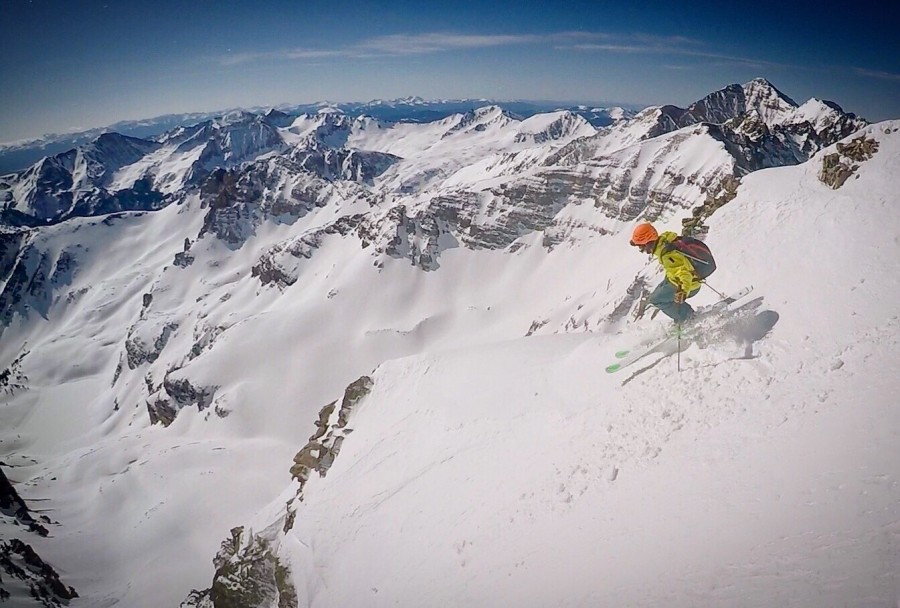 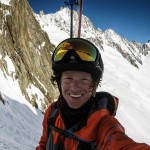 I purchased these recently after skiing in the TLT 5 Mountain for the past 3 seasons. After looking at these boots in a local shop, I knew I had to make the upgrade. I loved the my old TLT 5, but it had a couple of areas in the design that I felt could be improved upon. First, the removable tongues were cumbersome, awkward, and time consuming, especially when transitioning frequently. When in walk mode, the old Ultralock buckle was bulky and made it impossible to use gaiters. This may seem like a minor point, but it nearly caused me to fall because my crampons snagged my pant legs while traversing a steep section on Mt. Hood. The buckle also eventually wore a hole in the inner cuff of my $400 ski pants. The standard velcro Powerstrap on the old model never stayed where it was supposed to while hiking. The lace system of the boot liner never stayed tied, and eventually the eyelets broke forcing me to abandon the laces entirely. The new TLT 7 addresses all of these issues while maintaining the same great characteristics on both the up and the down. The tongue is now fixed to the boot, eliminating the need to play with cold, icy plastic parts while on top of a windy ridge. The Ultralock 3.0 system uses a sort of double-throw buckle system that makes the boot much less bulky. It is also much easier open and close the buckle when switching from walk to ski mode. The old velcro Powerstrap has been revised to use a cam buckle closure that significantly stiffens the boot and stays put while in walk mode.
The new velcro closure on the boot liner is an improvement on the old lace system, but this is the one area that I feel could still be improved upon. The only other downside is that for me, the TLT 7 is 4 mm shorter in the sole length than the TLT 5 (in size 27.0), requiring me to remount my fixed-mount Superlite 2 bindings. Remounting could have been avoided if I had been willing to buy the adapter/adjustment plates from Dynafit which seemed overpriced at $85. If you have never tried any of the TLT boots, I can tell you that the 60 degree range of motion in the walk mode makes a huge difference over many other AT boots that only have 30 degrees of range. This translates into much less fatigue, and more vertical feet on your tours. The boot also skis as well as anything other than alpine boots while weighing 4 or 5 pounds less. Overall, I highly recommend these boots to anyone in the market for an AT boot, and in my opinion it is probably worth spending the extra money on the TLT 7 versus buying an older version of the TLT on closeout. 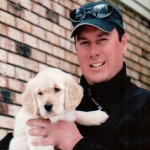 Gave them as a gift but the return from the friend is that the downhill use of these boots is above and beyond what the TLT5's he was in. Super impressed on the uphill as well.

Weighs as much as a Unicorn Burp, next to nothing. 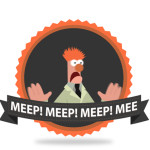