Dale of Norway celebrates its 140th year by detailing the Men's 140th Anniversary Sweater with famous Norwegian patterns like the eight-petal rose and the Setesdal Valley cross. Its Norwegian wool is remarkably soft and warm for how durable it is.

Bulky under the arms, scratchy wool

I bought this sweater and one other Dale of Norway sweater, both size Large, at the same time. I'm a fairly tall guy of medium build with a normal BMI. I wear a size 42 inch suit. The Dale of Norway size chart here indicates that size Large is appropriate for Chest 41in, so I chose Large knowing that some sweaters do run big. I received the sweater and tried it on, and it is far too big and bulky, especially as noted by one other reviewer in the underarms where multiple seams meet (see photo). It is not tailored for a normal V-shaped body frame at all either. The wool itself is uncomfortable and itchy/scratchy, unlike the other Dale of Norway sweater I bought and love! I am not sure I'd want to be celebrating my 140th Anniversary with such an uncomfortable garment. I am very disappointed in this sweater and will be returning it. 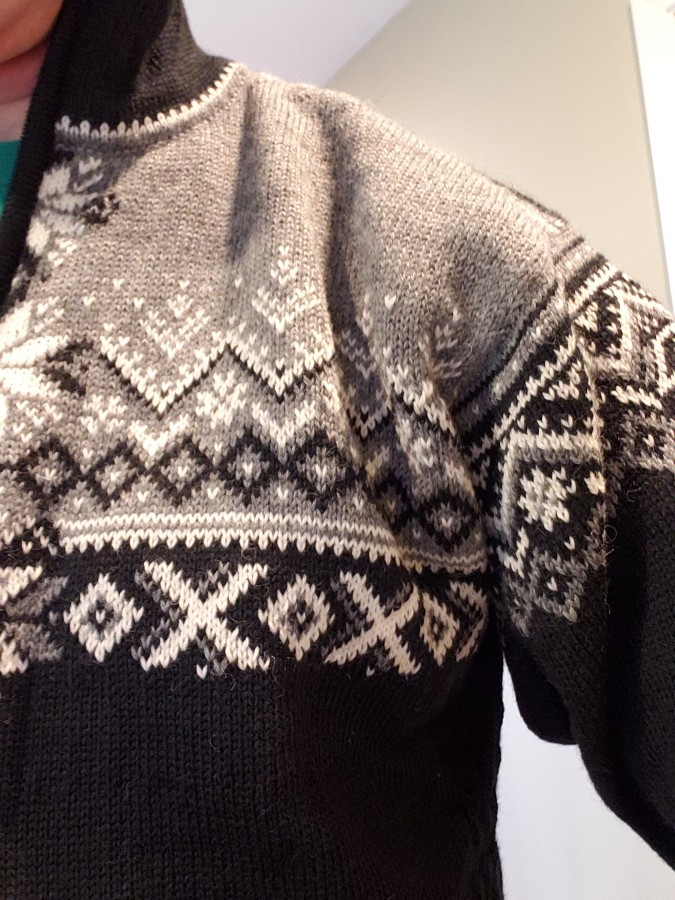 too many seams meet under the arms

Bought for my husband but it is very thick under the arms due to the trim seams and the arm seams all meeting together. not comfortable.

Christine, you are spot on! I just received my purchase of this sweater yesterday and found the same bunchy, uncomfortable fit in the underarms. I will be leaving my own separate review (with photos if possible) on this site. I plan to return the sweater.

Beautiful warm sweater,looks amazing.Can't wait to wear it out show it off!