Designed to handle your speediest runs on the trail, whether you're deep in the throes of a race or just putting in the work training for one, the Topo Athletic MTN Racer Trail Running Shoe has the performance-forward design and trail-ready features to help you thrive far from the road. The MTN Racer presents a more performance-based alternative to Topo's popular Ultraventure shoe, so if you're looking for a shoe dedicated to fast workouts and faster racers, this might be the one for you. It's got an ultra-grippy Vibram Megagrip outsole that keeps your footing secure on both wet and dry surfaces, and also features a proprietary lug design that sheds mud and digs into soft trails to ensure that you don't have to slow down at any point. Like the Ultraventure, the MTN Racer features a little more cushioning than Topos normally do, but swaps out the Ultraventure's softer, more plush cushioning for a firmer midsole that gives you a snappier ride when you're picking up the pace. The lightweight ripstop mesh upper resists abrasion and delivers a snug fit for rugged trails, while integrated drainage ports help water escape for faster dry times after you charge through knee-deep creek crossings.

I liked them so much that after 20 miles of use I bought a second pair. Great rip resistant upper, only negative is they might be a little warm if it get's too hot out but they also will keep the sand/dust out. I like the drain hole slot to shed water in case they get wet. I have been through a few pairs of lone peaks and they don't give me enough cushion. I switched and went through a few pairs of Olympus and they wear out too fast and don't give me the side support and feel washy. These Topo fit well and snug so my feet aren't jamming the toes on the steep downs. The soles on these grip a lot better than the Altra's, but time will tell how long they hold up. These are not super wide in the toe box compared to Altra but as wide as I need and they look better and less goofy when you are a size 11.5.

I added this to my rotation trail runners, Very nice room in the toe box! No sliding and snug heel cup. Great traction using a vibrant sole and very nice dirt and moisture resistant uppers. If you have a wide foot at the toe spread this is the shoe for you! Light weight to enhance your scrambling up the rocks 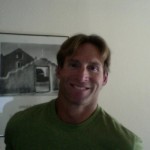 This is my first pair of Topo's, and on paper they looked like the ultralight backpacking shoe I've been waiting 20 years for (AT & PCT thru-hiker here). On the trail, they're very good, but not as perfect as I'd hoped. Here are my first impressions after the first ~43 miles in them on the Timberline Trail around Mt. Hood...

The good: I love the fabric of the upper. It keeps the fine dust and ash of Cascadian trails out of the shoe and socks, reducing blisters. After the first couple days, I had no blisters to report, which I can't say for the Altra Olympus' I switched from. The upper also keeps splashes of water out, and dries in 10 minutes of hiking if it does get soaked. I much prefer this to the 'engineered mesh' Topo and others are using nowadays (in the Ultraventure), and wish they'd use it for all of their Trail shoes.

The stitchless design of the upper is great, with the only thread being around the tongue, and with a nice, high stitch-count there. Feels durable and premium. The lace guides on the tongue are much more effective than the standard single loop you see on all other shoes. The laminated tongue is also a nice, comfortable touch, though could use a little bit more padding.

The Vibram soles have awesome traction and grip. Seriously some of the best I've used recently. Really appreciate the full sole, which is showing no wear after the first use.

The midsole is too firm. I thought I'd like it better than the Ultraventure (which I've only tried on), but after 10 miles the bottoms of my feet were feeling a bit bruised. I think a better solution for the MTN Racer would be to use the Ultraventure midsole (or even just very slightly firmer) along with a bit of a rock plate. I do like the firmer pronation support on both models, but wish for a little more arch support.. The foam has held up well from scraps and abrasion so far.

Sizing: while foot-shaped, the toe-box doesn't feel as wide as it looked and I'd hoped. It's not uncomfortable, but my forefoot could still use a tiny bit more room to splay, especially when wearing a bit thicker sock. Also, Topo really needs to get with the program and offer a size 12.5, as many other trail shoe companies have been. It would allow those of us in a 12 to get a little more toe-room for the downhills if we wanted.

I really like the dark red color, especially with the black sole (though I did want to switch out the pumpkin laces for just plain black), but it would be nice if Topo offered the MTN Racer in another, more neutral black/gray combo.

Lastly, I'm a bit concerned that after only 30 miles, the edges of the midsole was already beginning to delaminate from the upper in a few places (see photos). I've re-glued them myself, but it's not confidence-inspiring in a $140 pair of new shoes.

I would email Topo and I get you they will replace them. They have excellent customer service.

Or buy at rei and replace them within a year😜