555 out of 5 stars
4Reviews
50% Off
$64.97 Original price:$129.95
Changing the size selection, or changing the selected color after selecting a size, may change the associated price

Get a feel for the trail.

From race day to fast-and-light pursuits, the Salomon S-Lab Sense 2L Set Hydration Vest keeps weight to an overall minimum, yet won't force you to less than what you'll need in order to get through a grueling run. Salomon's SensiFit design lends unencumbered mobility, in turn making the Sense 2L ideal for aerobic pursuits like trail running.

The stretch mesh fabric molds to your body, wicks away moisture, and dries quickly to prevent chafing, while the 37.5 tech prevents odor from building up, keeping the stink at bay. Additionally the Sense 2L features a bladder-less design, but it is endowed with two soft flasks (500ml content capacity) that provide optimal, race-day hydration. A bevy of pocket options ensures that you're able to bring along just-enough  nutrition, and the rear stretch pocket is best suited for lightweight layers or extra nutrition sources.

If I'm being honest, when I first got this vest I sorta hated it. The other vest I have is the Osprey Duro 1.5, which has a bit more of a frame to it and doesn't bounce as much as this one does. However that vest is built around the bladder moreso than the two bottles in the front like the Salomon. I didn't want to carry as much water on my back, and was looking for a "go fast" vest, that was more breathable which is why I got the Salomon.

After a few days of trying this one out, I learned it wasn't so much the vest as much as I was just running in a sorta bouncy way, and that I was wearing the straps too tight. I've had this vest for a bit over six months now, and it's by far my favorite. The material that it's made of is suuuuper stretchy, and you can just keep on shoving stuff in there. I can't hold a full bottle, an iphone 11 with a case and stuff, and a few gels just in one side. Then I'll shove more gels in the other side to even it out. Then throw some toilet paper and some gloves or whatever in the little back pocket, which is probably the weakest part of this vest because there's nothing much to stop from stuff bouncing out. So check every once in a while to make sure everything's there?

One thing I'd say is super important is try evenly space the weight into all the different pockets because that will surely cause a bounce.

This vest is totally best (imo) for shortish runs where you fill only one bottle and shove your phone in the other bottle pocket. But I wore this for a 50k fatass where there was only a couple spots to fill up your bottles and no food, and I was able to carry more than enough food, two bottles, my phone and gloves, TP, and my wireless headphone case with enough room for more, without bounce.

The bad part is the little elastic things that hold the bottle in have broken on both sides, but I just sewed them back on with dental floss and they work as good a new. 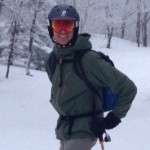 The Sense 2L vest is perfect for running in the heat or racing when you know aid stations are only a few miles apart. I love how airy and breathable the back panel is, I have the Sense 5L vest as well and find myself reaching for the 2L as the heat turns up. The fit is credible on this vest and there is very minimal bounce. The soft flasks with the harder bottoms take some getting use to as the do make your ribs a bit sore at first, but are top notch compared to other brands. Overall this vest is ideal for someone in a hot or humid climate where you dont need to carry extra layers or gear while needing to stay cooler during the summer. 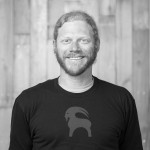 Use it several times a week

I've used other vests and this one is by far the most comfortable. The material is soft, stretchy, and has plenty of room for phone, keys, snacks, a water bottle, and small jacket in the back. I love it. I suggest sizing down

How to Measure:
For best results, take measurements over your underwear.
Chest:
Measure under your arms, around the fullest part of your chest.
Back:
Measure your back vertically.
Hand Circumference:
Measure around the widest part of your hand excluding the thumb.