353 out of 5 stars
2Reviews
30% Off
$24.47 Original price:$34.95
Changing the size selection, or changing the selected color after selecting a size, may change the associated price

Keep your finger on the pulse.

If discrete storage is the name of your game, look no further than the Salomon Pulse Hydration Belt to keep your necessities on a low-profile. The Pulse features a stretchy, breathable, and durable material for a next-to-skin, comfortable fit. Meanwhile, two small zippered pockets keep pint-sized items secure and close at hand, and the two stretch horizontal pockets are ideal for two small soft flasks.

Love this product! Stays in place on long runs with minimal chaffing. It fits an iphone and car key. I even bought one for my husband. Sadly after a summer of wear, the zipper broke.

Fast and Light but Flawed

I originally wrote a glowing review for this product as, for the first few weeks of use, it was a perfect fit. To clarify, a lot of the positive things I had to say about this belt at first still hold true. It’s a perfect capacity for middle distance trail runs (7-12 miles), easily holding everything you’d need to get out and back safely and comfortably. The front pocket fits my iPhone 7+, the back pocket fits up to a 500ml soft flask and can accommodate a wind shell and headlamp, and the key clip is a really nice touch. The fit on this belt is pretty solid as well and I didn’t notice much bouncing, riding up, or sagging when carrying a moderate load.

This belt has elastic straps on the back for poles which seems like a great idea in theory. However, when I tried adding poles to an already light load (phone, water, gel) the bouncing was unbearable. At that point, it’s worth wearing a vest or carrying your poles in-hand the whole time.

A few complaints I originally had about this belt are the lack of any sort of headphone port (you can pry my wired headphones from my cold, dead hands) and the limited accessibility to the rear pocket. The rear pocket extends all the way around to the reflective panels at the front of the belt but is only accessible from the stretch opening in the center. When loaded with water, it's impossible to get anything else out of the pocket without removing your water first.

After using the belt for a few more months - largely on trail and for a trail half marathon - I have ultimately knocked the rating down another star. As the weather has warmed up, I've started wearing this directly next to skin to allow for more airflow. I noticed a hot spot on my lower back when using the belt a few time, but after using it in a race, that hot spot became pretty painful. The last issue I had (and possibly the most annoying) is that the zipper on the front pocket broke off. If this was the only issue, I would have felt fine sending it back under warranty and requesting a replacement. However, this was the last in a string of complaints (listed above) and it happened 15 MINUTES BEFORE MY RACE.

I ultimately ended up returning this belt and going a different route (handheld bottle), but I think this belt might still be the right solution for some people. YMMV. 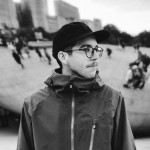 How to Measure:
For best results, take measurements over your underwear.
Chest:
Measure under your arms, around the fullest part of your chest.
Back:
Measure your back vertically.
Hand Circumference:
Measure around the widest part of your hand excluding the thumb.