454 out of 5 stars
4Reviews
30% Off
$192.46 Original price:$274.95
Changing the size selection, or changing the selected color after selecting a size, may change the associated price

The Outdoor Research Interstellar Bivy combines enhanced breathability with exceptional waterproofing worthy of four-season adventures whether you're backpacking minimally in the summertime or mountaineering in wintertime. Its waterproof Ascentshell membrane is air permeable instead of breathable, meaning it will breathe the moment you enter the bivy, as opposed to standard breathable membranes that only breathe until after you build up moisture with breathing or sweating. The Delrin single-pole system is quick and easy to set up, and you can leave it at home if you want to save some weight and packing space.

OR Flew Too Close to the Sun

While this bivy is theoretically fantastic, it has a variety of practical failings that render it generally unpleasant to use.

Firstly, the zipper arrangement is simply ridiculous: six zippers each for the fly net and outer, for a total of twelve zippers that constantly get mixed up and caught on each other. I have never dealt with a shelter whose entrance was so difficult to manage. Of course, it's not unmanageable; a little wit and patience makes it functional. But are you really trying to by just 'functional'?

The purpose of the army of zippers is to allow the bivy to functional as a kind of XL raincoat, so that you can sit up and have a hole for your head and each arm. However, if you're using an inflatable sleeping pad with any decent loft (e.g. Thermarest Neoair) then you'll need some impressive core strength to sit up comfortably. And even if you do, the flex created by the pad will pull the arm holes and head hole open, defeating the purpose. The Interstellar's sombrero raincoat works in an empty bivy, and perhaps with a foam mat (I didn't try), but not with an inflatable mat.

This bivy is also incompatible with an inflatable mat, and indeed a four season bag, because there simply isn't enough interior volume. On 3" of mat, with decent bag loft, you'll be pressed against the top of the bivy. This isn't an issue in the Helium or Alpine bivies, because the entrance is at the head, but it's a deal breaker for the Interstellar because it means you have very little room to reach for the aforementioned tangle of zippers. Ultimately it renders this bivy extremely dysfunctional for a person using an inflatable mat and 30F or below bag.

Of course, the Interstellar has redeemable qualities in its breathability, weight, and easy of construction, but considering that these qualities are shared with OR's other bivies, the Black Diamond Spotlight, and several other designs, it seems like it's best to look at another model.

I'll be trading my Interstellar for an Alpine bivy. OR could improve this product by giving up on the elaborate zipper system and adding just a little more vertical space (for inflatable mats).

When you opt for a Bivy you sacrifice comfort for weight and space. That is a given. So here are the pros and cons acknowledging, that if you're claustrophobic, a bivy is not going to be comfortable. That said, you should also consider whether you should just have a one person tent for a pound extra and five more minutes of set up time. In exchange you get more headroom, more loft for your sleeping bag, and a small vestibule. The extra space of a tent may be well worth the weight. While the tent will probably only be a three season, the advantage of the Bivy low wind profile and weight, and simplicity. Read on for pros and cons:

Tight, particularly near the footbox: The space in this is a bit tight for four season gear. You cannot include 3" inflatable pad here, so you have to opt for the foam variety or things just won't fit. Even so, a standard 20" foam pad, is a bit snug. I ended up using a standard thermarest foam light pad, which works. FYI, I'm 5'7" and 140 lbs, so if you're over 6'3" I would assume it is SNUG.

Zippers can make setup complex: one of the advantages of a bivy is supposed to be easy setup, but with all the zips, you have to get them oriented before you can start using it, which slows set up down.

Two stake points: I guess they would prefer that you use guy lines, but it has just two stake loops, and the one by the head is not at ground level, which is awkward without a guy line.

Pros:
Top loading: That said, once inside the Bivy is livable, and I liked the top loading design. You can sit up easily without taking the thing apart, which is nice.

Lots of options: The idea is that you can stay in the BIvy and cook or read while you're in there. This seems a bit overdone, but with time, I think that I could like the zippers, particularly for the ventilation. Using this model, you can vent in three places, which is unusual for a Bivy.

WETNESS
I tested it in a storm with heavy downpours and where we got over an inch of rain in about 6 hours and NO TARP. It is not 100% waterproof in those conditions. Surprisingly, it "wetted out" near the footbox, leaving the sleeping bag mildly damp there. Considering the monsoon, I would say it was passable, but not exactly what I was hoping for. If you are going to be in HEAVY rain, I would recommend bringing a garbage bag along to prevent this. A bit hard to believe given how fancy the material is. Perhaps this is because of the pooling at the top of the bivy, as I was not in the bivy the entire storm, but dipped in after about 5 hours, to see how it was performing. I would say, better in SNOW than HEAVY RAIN, but passable. I am not sure if this is due to how wet the air was and whether there was condensation inside, but the takeaway is that it does get mildly wet. So, if you think it will be a torrential downpour, plan accordingly. Fine in a pinch, but not was waterproof as I would have hoped. Otherwise, as a top loader, it was fairly simple to get in and out without getting massively wet, but your sleeping bag will get a bit wet.

In the snow, it stays dry. I tried it in the snow, and it did not let moisture in.

Super light weight and low volume in your pack, this is the go to for any ultralight backpacker. It sets up faster than any tent on the market and offers fantastic breathable, waterproof protection from the elements. The mesh zip option makes for easy stargazing and adds even more breath ability when it's not raining. There are enough zippers to sit up in the bivy and only have your arms stick out on the sides, which lets you get started on breakfast bug free. 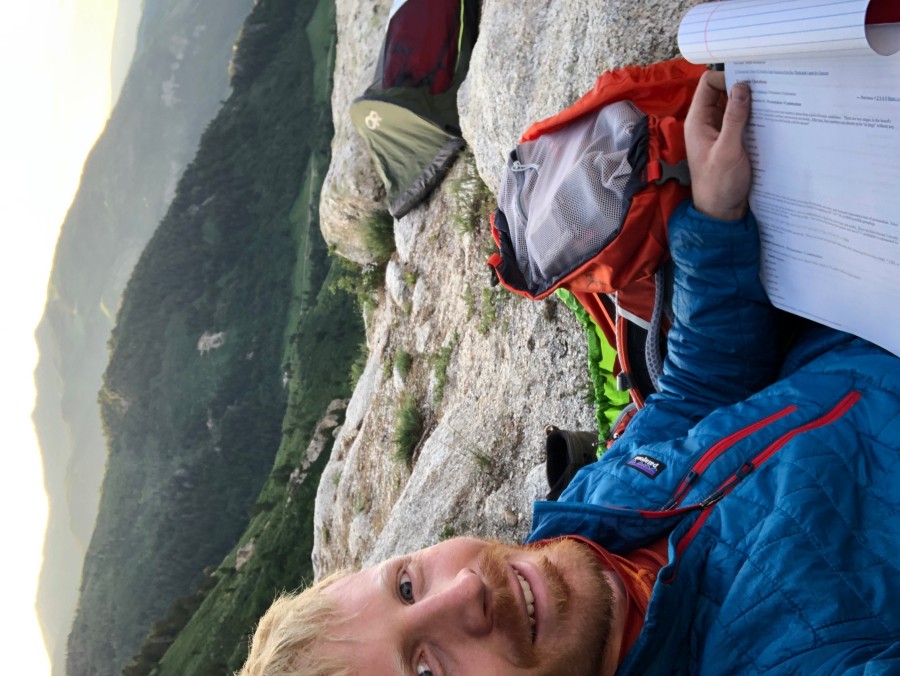 Sweet New Take On A Classic

I've really enjoyed using the Interstellar Bivy. It kept me dry and happy in some pretty challenging conditions, and the features are above and beyond what you would normally see in a bivy. While bivies aren’t for everyone, this is a great alternative to a tent for someone who wants a light and fast to set up sleeping option. It’s versatile enough to perform in a variety of conditions and is much easier to set up than a tent.

Check out my full review on the Dirtbag Dreams blog:
https://dirtbagdreams.com/2019/04/16/proview-outdoor-research-interstellar-bivy/