Can't wait? Consider one of the other Laptop Packs & Bags we have in stock.

You don't have much to complain about since trading your car payments for a commuter bike, but the one thing you miss is the easy and efficient storage of a trunk. Luckily, Osprey Packs offers the next best solution in the form of the Radial 34 Backpack. This bike-friendly pack is loaded with cycling-specific features, including a LidLock helmet attachment and stretchy U-lock front pocket.

Osprey also equipped the Radial with an extremely well-ventilated Airspeed back panel, so you don't walk into the office with a huge sweat stain on your back. The laptop sleeve has an external access zip so you can reach your computer quickly when you show up two minutes before a meeting starts. Side compression strap, a lightweight waist belt, and a sternum strap keep the pack from bouncing around when you're weaving through busy city streets. A high-visibility raincover keeps your supplies dry, while also helping you remain seen on overcast days. And when you need to stop for a drink of water, the Kickstand keeps your pack upright, whether it's empty or fully-loaded.

Better than the competition

I got a 34L M/L for Christmas, which is what I originally wanted. After using that for a couple weeks, it seemed too big, so I had a pack fitting done and ended up sizing down to the S/M. After two more weeks, I decided the 34L version was just too big, so here I am with the 26L.

I love the pocket selection, kickstand, and ventilated back-panel. The zippered side pocket is too small for my phone, but it holds a tube, hex set, and a couple levers just fine. I found the zippered tablet pocket holds my larger-than-normal pump without affecting the laptop at all. I keep my coffee inside the main compartment and use the stretchy pocket for keys and building pass.

I hate the stretchy load-lifters. Some people like them, but I found they bounce when going over bumps and amplify the side-to-side motion when pedaling off the saddle (think climbing a hill where your body naturally goes side-to-side a little). I also really wish they had a hip belt with pockets like most of their other technical packs. It would be a great spot for keys/building pass and wouldn't dig into my side like the current one. I may end up removing it because it's fairly uncomfortable.

I spent a couple weeks debating whether to pick up a Manta 28 because the suspension is so good, but ended up with the Radial because I carry a laptop everyday. I can't decide if I've made the right choice though... 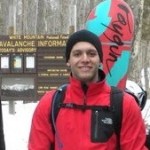 Jon, for computer carry, you definitely made the right choice! The stretch on the harness is there to allow you to move better, but I can hear what you are saying. I just hadn't heard that feedback before. I will give the feedback about the pocket on the hipbelt, although my guess is that if we had big pockets there, they would get in the way of your hips when you pedal.

Thank you for the feedback!

has plenty of pockets and pouches to keep everything well organized.

Thanks for the review, Ben!

Osprey hits a home run with this commuter pack: air mesh ventilated back panel, rain cover, key extender, stretchy harness for great movement on a bike, perfect pockets and my favorite - a "kickstand" to keep your pack up right when you set it on the ground.

If you are a commuter, look no further than this or the bigger brother, the Radial 34!

Nice pack but I have one complaint

Nice pack except for one pretty major design flaw if you want to use this pack for hiking or long walks. The waist belt has a buckle on each side where the waist belt attaches to the backpack itself. I've gone one multiple hikes with this pack now and the flaps that the buckle is attached to end up rubbing my hips/back and causes annoying irritation when you use the waist strap. I would recommend that Osprey remove these buckles and/or make the edges of the flap that the buckle is attached to less harsh. If you plan on using this pack for hiking / long walks and use the hip belt, this might play a role in your decision. See attached image. 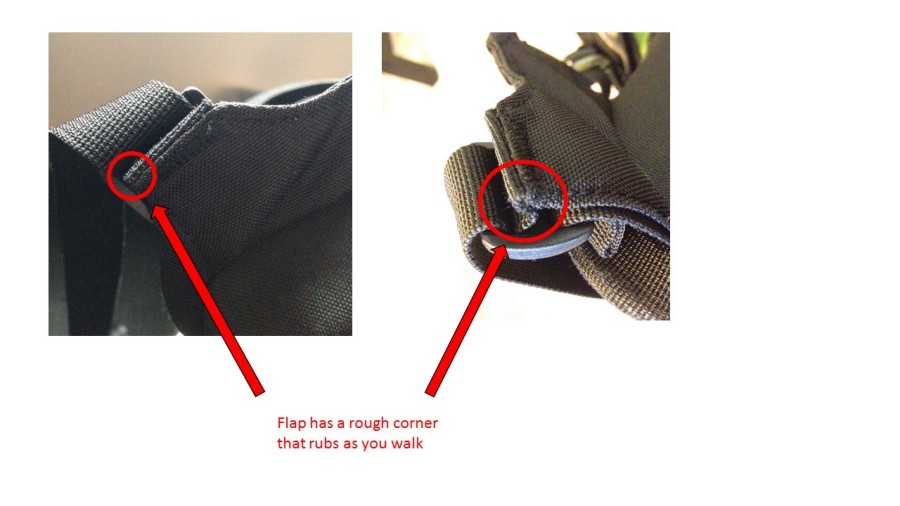 This pack pretty awesome and is the ultimate in organization. The back panel gets great air flow (though not perfect), the laptop compartment is awesome and has a tablet sleeve that's very functional, the main compartment is roomy and has plenty of organization and the other two pockets are perfect for everything else. Only complaint I have about it is water bottles tend to be forced out of the side pockets when the pack is set on the ground but really a minor problem. Overall this is an awesome pack is is perfect for hauling a lot of stuff for commuters.