Can't wait? Consider one of the other Probes we have in stock.

It's important to practice with your avalanche gear so you can quickly respond to emergencies while backcountry skiing, and Backcountry Access' Stealth 300 Probe has the quickest deployment available right out of the box. BCA's Quick-Lock deployment lets you toss the probe in the air and simultaneously pull a notch to deploy the probe instantaneously, and the deployment tucks inside the first probe section to reduce space.

This probe has an easy to use knob in place of the standard loop when extending, good inch and centimeter markings, and is a fair balance of sturdy and light. Just be sure your pack can fit it, because at 300cm with the handle it is a bit tall

Gets the job done

Thus far I have had no issues with this probe. I personally love the locking mechanism as it make for a very quick assembly. Reading Chris H.'s review below I can certainly see where this mechanism could become an issue. It makes me curious because I have used it in beacon parks, repeated practice search scenarios, and digging pits, but in each scenario I have put the probe back in my pack when I was finished and had not had to pull it back out later in the day. I will have to test it out under those circumstances and see what i find.

Good in Theory, Dangerous in Practice

I bought this probe, thinking that it would be a good replacement for a previous probe that had the depth markings wear off. It does have laser etched depth markings that seem like they will hold up much better than my previous probe. Also, this probe seemed to have a locking mechanism that was robust and secure. The key word in that statement is seemed; in a dry setting (i.e. your living room) the mechanism to lock works great. Unfortunately in real life, the mechanism has the potential to be downright dangerous in a rescue situation.

Considering the following (fictional) scenario - itâs a considerable danger day and itâs snowing out. You just dug a pit and used the probe to measure snowpack depth and to help measure the pit. The probe gets a little wet.

Temperatures drop through the day. Your partner ends up triggering and avalanche later in the day. You get close on your beacon search and pull out your probe - except it doesnât pull because the lock mechanism has frozen shut. You panic for a minute and pull the probe partly together without the locking mechanism . It keeps falling apart as you try to find your partner - eventually you strike, get them out, and fortunately they are alive...barely.

The bottom line is that the design of this probe is fundamentally flawed, and is dangerous when temperatures are decreasing or you are skiing consecutive days and doing. Even when allowed to dry, the probe tends to trap moisture in the locking mechanism. 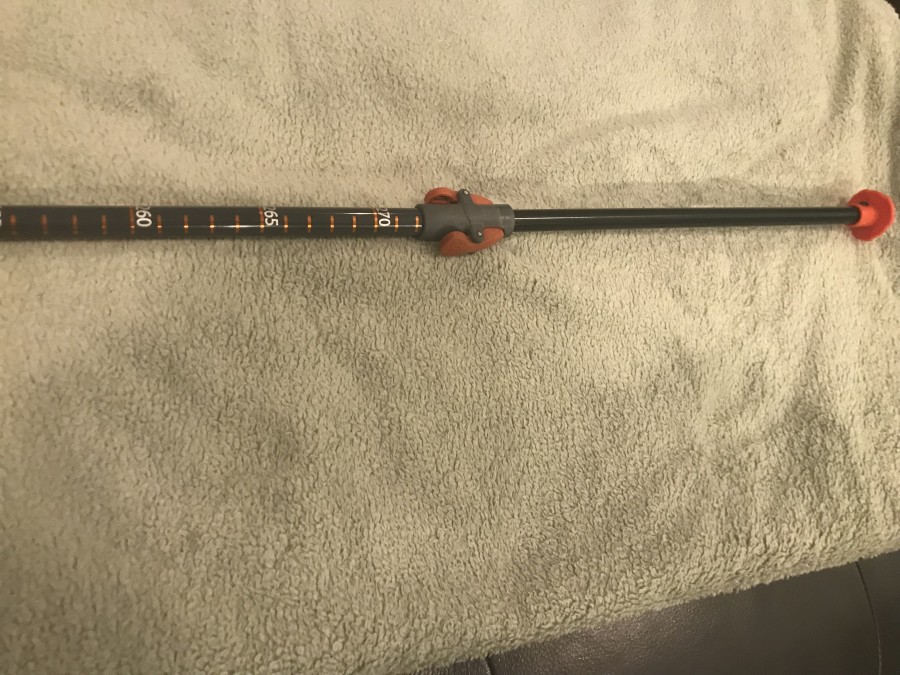