454 out of 5 stars
2Reviews
40% Off
$379.99 Original price:$629.95
Changing the size selection, or changing the selected color after selecting a size, may change the associated price

Every backcountry skier wants a light setup for easier ascents, but that shouldn't excuse any skier from touring the backcountry without the essential avalanche safety gear. Although it isn't an essential, the Backcountry Access Float 27 Speed Airbag Backpack is one of the lightest airbag packs for those who value safety over weight, but still appreciates a light setup. Not only is BCA's Float 2.0 airbag 15% lighter than the previous model, but it's also 30% smaller so you can pack more gear for the tour. External attachments for skis, an ice axe, and various mountaineering tools leave enough space for a half-day tour.

This is a review of the 17L version of the same pack, which is geared towards sidecountry, daytrips, and "motorized backcountry" (i.e. heli- and cat-skiing). I chose the BCA Float 17 for a heli-trip for the following reasons: (a) it's one oft he lightest airbag packs you can get, (b) compressed air is widely available, and you can even inflate it at home for practice with a dual-stage handpump, (c) BCA has a highly-integrated system with the Link radios and avy tools, (d) removable airbag that increases versatility of the pack.

The heart of the pack is the new BCA Float 2.0 cylinder which is smaller and lighter than the v1.0, allowing BCA to enclose airbag in a single compartment. Unfortunately, the pack does not have a separate avy tools compartment, whcih would have increased the usability. The Float SPeed version is noticeably lighter than the previous versions, not just because of the smaller cylinderr, but also becuase BCA used lighter materials. The packs feel significantly less bomber than the previous generation, but in practice I didn't notice much difference, except that the snow seems to stick to the new back padding. In use the pack is stellar, the suspension system is pretty minimal but is very effective, the pack disappears on your back and you don't feel it when you are skiing. New additions such as the carabiner loop on the belt and the leg strap storage also help usability a lot. One feature that I got to appreciate was the ability to remove the airbag from the pack, makes it a lot more versatile for the down day excursions on a heli-trip.

I did experience two issues that stop me from giving it full 5 stars. First, I had a couple of Float 2.0 cylinder malfunction. One had a stuck valve, another jammed when trying to remove the head for air travel. Fortunately, BCA customer service and BC customer service took care of me in both cases shipping replacement cylinders overnight. The ability to inflate the cylinder at home did help to sort out those issues before it was too late for the trip. Aslo, BCA stated that the problem with the cylinder heads existed, but has already been resolved. The second issue was the at the trigger detached from the pack strap loop becuase the screw that holds the trigger to that loop fell out. Again, BCA shipped a replacement no questions asked, but the pack was more or less inoperable for some part of the trip without my knowledge. If you are aware of the potential issue, it does not take much to check the screw every few days, so I won't consider it a showstopper. Other than that the pack was light and functioned flawlessly. At 17L it is big enough for your lunch, water bottle, snacks, camera and a layer or two, perfect for a heli-day or a sidecountry trip. Buy it if you are looking for a versatile, cost-effective airbag pack that gives you a lot of options for travel and charging. And BCA company will stand behind their products. 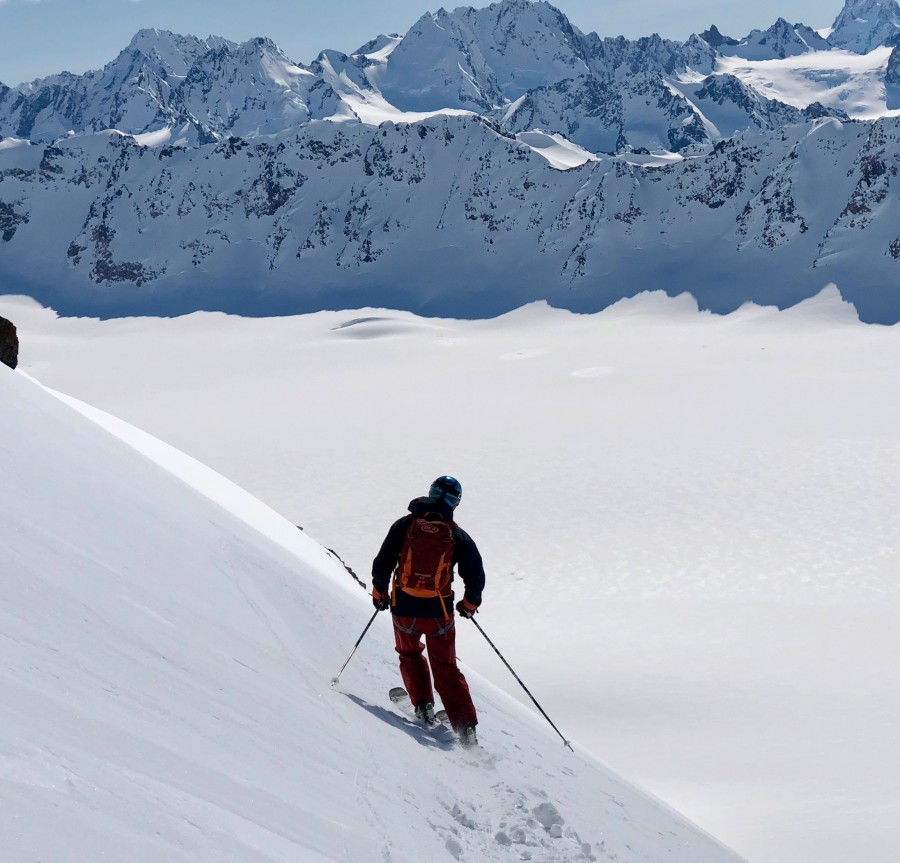 The Speed 27 is a 'real' 27 L pack. It is the perfect size for an average backcountry ski day. The new BCA 2.0 system utilizes a smaller canister than the previous systems, cutting weight. A lot of the extraneous bells and whistles have been removed from this pack also cutting weight. It doesn't feel like an airbag!